The following times are the posted event start times. Please report 30 minutes prior to your scheduled start time.

Event times will be published about a week in advance... 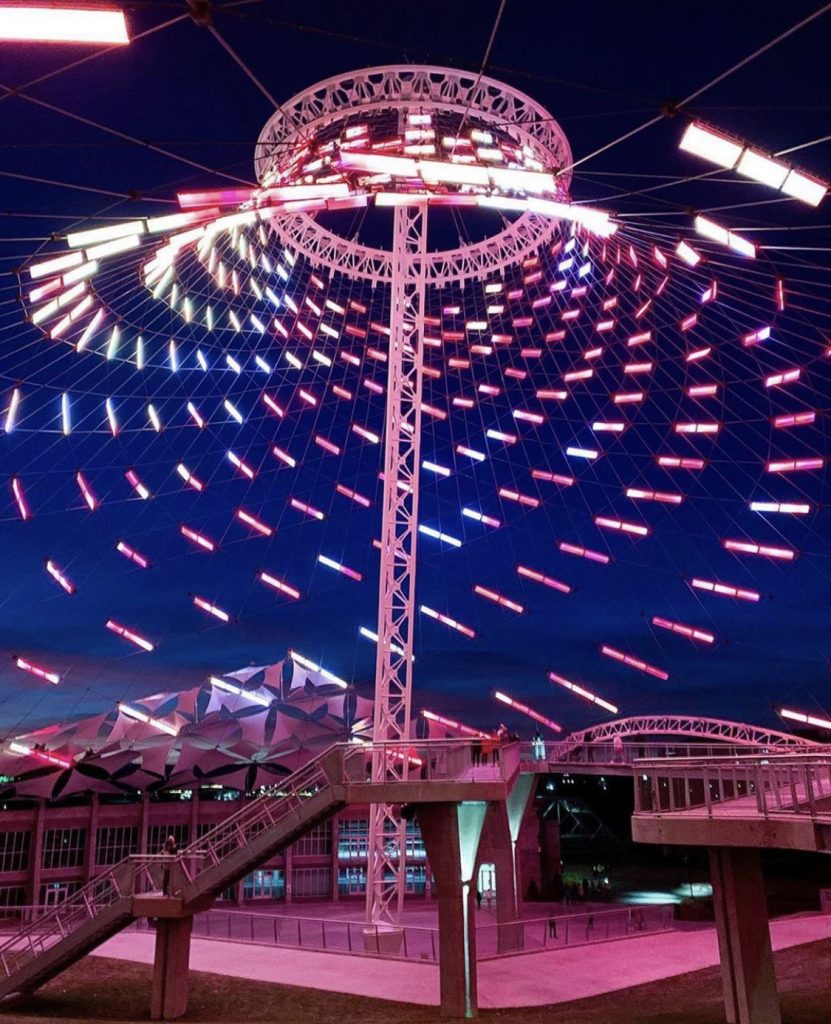 Riverfront Park is a public park in downtown Spokane, Washington. The 100 acre park is located along the Spokane River containing the upper Spokane Falls and just upstream from the lower falls. It was created for Expo '74, a World's Fair event. The defining feature of the park is the Pavilion, which is marked by a 145-foot-tall metal frame and wire shell that formed the US Pavilion tent during Expo '74.
Wheelchair accessible
Kid Friendly
Pets Allowed
Parking Available
We are excited to introduce the City of Spokane’s newly renovated Park & Pavillion.
We anticipate over 300 players competing in this unique open air Pavillion venue. We have evening exhibitions and activities planned making for lots of fun. This tournament is going to be like nothing you’ve experienced before with skill/age level competition, events and entertainment for the whole family to enjoy. Extras include food vendors, alcohol services, player VIP area and special overnight rate accommodations arranged by the areas Sports Commission.
We can't wait to show you why Spokane is host to the worlds largest 3 on 3 basketball event Hoopfest and the Lilac Bloomsday Run which brings in over 50k runners each year.
Please read the below important event information prior to your arrival at the tournament. If you have any questions, please send us an email: pnwpickleball@gmail.com pickleballisgreat@gmail.com
LOCATION/DIRECTIONS:
Riverfront Park: N Washington St. Spokane, WA 99201
PARKING: Complementary with Registration
OFFCIAL BALL: Franklin X
COURTS:
FORMAT:
PARTICIPANTS: It's very important that you check the events/brackets on www.pickleballtournaments.com to ensure that you and your partner are in the correct events. Click Here to Show Events/Brackets
If there are any discrepancies please contact pbtourney@gmail.com. Brackets will be posted the day of play. Remember the brackets are subject to change until each event starts.
CHECK-IN: You must have your ID to check in. ID must have both picture and birthdate. You will not be able to check in without ID. Players are required to check in at least 30 minutes prior to their event start time. Doing so allows plenty of time to check-in and helps get the event started on time. If the tournament is running early your event could start up to 30 minutes before the scheduled start.
PLAY SCHEDULE: Schedule of play for all events is posted on pickleballtournaments.com ancan be accessed by clicking on this link:  Schedule of Play
CALENDAR OF EVENTS AND ACTIVITIES:  An additional email will be sent with a calendar of all activities.
HYDRATION STATION: There are multiple water stations on-site + help yourself to water at the Hydration Station Tent.
FOOD:
SPECTATORS FOR MATCHES:

All Cancellations and refund requests must be made before 08/31/20.

Up to a 50% refund for weather related issues.

We appreciate all your flexibility with COVID-19

However, the Tournament Director has the final decision on where self-rated or unrated players are placed. Rated players may only be placed in a different division by the Tournament Director with the player’s permission or if events have to be combined.
In Rated events, a player may NOT play in an event rated lower but may play in one rated higher.
Some events may be combined at the discretion of the Tournament Director if deemed to make for better competition.
12.C.3. Round Robin. All players or teams play each other. Games may use any of the approved tournament scoring options (see 12.B.). The winner is determined based on number of matches won. If two or more teams are tied:
First tie-breaker – head to head
Second tie-breaker – point differential of all games played (Example: Team A won Match 1 11-8, 11-4, so they would have a point differential of +10. Team A then wins the second match 11-9, 2-11, 11-6. For this round, they would have a point differential of -2. This would give them a total for the day of +8.)
12.B. Tournament Game Options.
The primary and recommended tournament scoring option to be used is best two of three games to 11 points, win by 2 points. Other options include: one game to 15 or one game to 21. All formats win by 2 points.
Pickleball Is Great reserves the right to refuse service and refund any player at anytime.