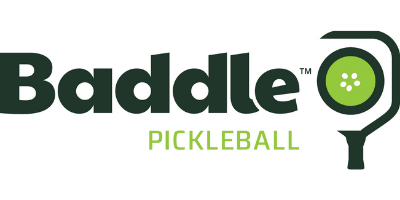 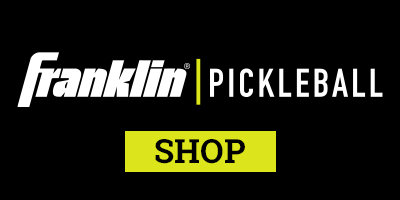 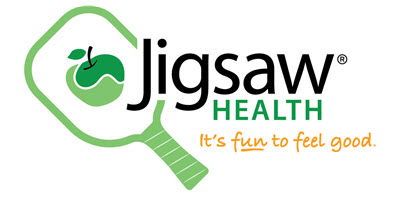 (All events are included in registration fee)

Click Register if you are a Pictona Member:
- Limited to 200 players


Click Register if you do not live in North American and you Purchased USA Pickleball Membership:

The venue has a restaurant, appropriately named the Kitchen, for purchasing food, beer, and wine.  In addition, an outdoor grill will be available during the tournament that will also be selling food, beer, and wine.  Players may bring energy drinks, fruit, and energy bars into the venue, but food purchased outside the venue is not allowed.  There are two water bottle fill stations at the venue.  No complimentary food or drinks are provided by the tournament.

Premium Parking:  20 premium parking spaces are available for autos with small campers and tents. They are located a short walking distance to the courts, restrooms, and food pavilion through the south gate. There are no utilities. Space is available from Tuesday, 4-6-21 to 4-12-21. Fee is $60 for the entire tournament; daily fee $15, minimum of 3 days.  Call Pictona at 386-310-7067 to reserve.

All players who live do not live in North America who purchase a USA Pickleball Membership to participate in this tournament will receive a $20 credit on their registration fees as a thank you for participating in this international tournament.  The credit is for the purchase of a Membership or for extending a Membership that would have expired before the last day of the tournament.  During registration in PickleballTournaments.com select the option that states you purchased a USA Pickleball Membership and that your primary mailing address is not in North America.

This is an outdoor tournament.  There is no indoor back up.  If weather is a factor, the tournament directors will make their best efforts to play all matches.  There are no refunds or make up days if the tournament is impacted by weather.

Premium Parking: 20 premium parking spaces for autos and autos with small campers and tents are available. They are located a short walking distance to the courts, restrooms, and food pavilion through the south gate. There are no utilities. Space is available from Tuesday, 4-6-21 to 4-12-21. Fee is $60 for the entire tournament; daily fee $15, minimum of 3 days.  Call Pictona 386-310-7067 to reserve.

The Bainbridge Cup (Cup) is an international team competition.  The Cup was created by the International Federation of Pickleball (IFP) in 2017 to foster competition among the World’s countries.  The Cup allows all levels of play, from beginning players to professionals.  The ultimate vision for the Cup is a team competition with IFP Member Countries fielding Teams based on qualifying events. The Cup will demonstrate to the International Olympic Committee that Pickleball should be an Olympic sport.

Each Team will have a captain and a co-captain.  The captains will be competitors who have been playing on the professional pickleball tours.  In addition to the captains, other professionals may function as coaches for their respective Teams as the Cup format allows coaching play.

The format of the Cup has evolved based on several factors to include experience gained with each tournament and the location of the host country.  The 2021 Cup will be played for the first time in the USA as the world is recovering from COVID-19.  The expectation is that most competitors will be from the USA.

To maintain the international Team format, two Teams will be created by dividing the world into two geographical areas.  An East Team will include competitors who reside in Europe, Africa, and the eastern portion of North America divided along a line approximated by the Mississippi River.  The East Team includes the Canadian province of Ontario and all provinces east of Ontario.  The West Team will be composed of competitors from Asia (including all of Russia), Australia, South America, New Zealand, and the western portion of North America.  The West Team includes Central America, Mexico, the Canadian provinces west of Ontario, and the United States west of the Mississippi River.  Competitors are encouraged to play for the Team where they reside, however each competitor will be allowed to choose whether they play for the East Team or the West Team. Double’s partners must choose to play for the same Team regardless of where they reside.  The Cup format works best when the two Teams have a similar number of competitors.  The east/west dividing line for North America (the Mississippi) may be adjusted to achieve equally sized Teams.

Competitors will be organized by skill level (3.0, 3.5, 4.0, 4.5, 5.0) broken down further by age (19+, 35+, 50+, 55+, 60+, 65+, 70+, 75+).  Age groups may be consolidated within skill groups if there are not enough competitors to create a competitive tournament experience.  Skill groups may also be consolidated if there are not enough competitors.   Competitors who have not received a USA Pickleball UTPR skill level will self-rate.  The Tournament Directors reserve the right to adjust all self-rated skill levels after reviewing the competitor’s tournament results.

Singles will be played for the first time as part of the Bainbridge Cup as a demonstration event for adult, wheelchair and junior events.  The actual format of play for wheelchair and juniors will depend on the number of competitors who register.  An East/West Team format will not be used for singles.  The results of the singles competition will not be considered in determining the winner of the Cup.  Men’s singles and women’s single will be played as a double elimination event organized by skill levels 3.5+, 4.0+, and 4.5+ and further broken down by age groups 19+, 35+, 50+ & 65+.  All matches will be1 game to 15 win by 2 except the Gold Medal match in each group.  The number of players allowed to enter singles will be limited to ensure that the capacity of the venue is not exceeded.  Players who want to play in the first Bainbridge Cup demonstration singles event should register even if their name will be on a waitlist.  Experience from prior tournaments indicates that players often register for singles and then drop out the day before the competition.  Registered players who are at the tournament and want to play will be allowed to enter the event as capacity constraints allow.

In the first phase the East Team and the West Team will determine the competitors who represent their Team in the Cup Playoffs.  Each Team will play a series of round robin matches for each skill/age event to determine who qualifies for the Cup Playoff (the second phase).  Each competitor is guaranteed a minimum of three (3) matches per event in phase 1.  The round robin matches in phase one will be 1 game to 15 win by 2.

Competitors should plan on playing some or all the Cup Playoff matches on the day following their qualifying matches.  Click the Schedule button on the Home page of the tournament listing to see how qualifying and playoff matches will be scheduled.

The Tournament Directors had planned to continue the Bainbridge Cup Team format by dividing the registrants into East and West Teams.  However, the pandemic has impacted the number of players willing to travel even more than anticipated thus making the East versus West format impractical.

Existing registrations for the East and the West Teams have been consolidated into one Womens Doubles, one Mens Doubles and one Mixed Doubles Event.   All new registrations will be entered into these new events.  Partnerships will be organized into skill/age groups just as they were in the East/West format.  The tournament will start with qualifying matches followed by playoffs. The qualifying matches will be organized into pools of 3, 4, or 5 partnerships conducted as round-robins followed by the playoffs conducted as single-elimination brackets with a match for third place.  Four to eight teams will move forward from the qualifying matches to the playoffs depending on the number of partnerships in the skill/age group.  Players will play in as many, and in some cases more, matches than they would have in the East/West format.